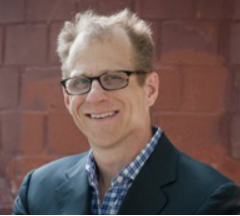 HBA West Chester would like to recognize some of our male counterparts who are members, serve in board positions or have made vital contributions to our organization. This month we are spotlighting Michael O’Brien, aka OB, who currently serves as president of HBA New York and also has his own coaching and consulting firm. Michael first became acquainted with the HBA by attending the 2001 Woman of the Year luncheon when Bill Sheldon, then president and COO of Eisai, where Michael worked at the time, was honored. He said that the speeches he heard that day moved him emotionally and he “loved the vibrant infectious energy in the room.” Michael recalls attending the HBA Annual Conference in 2006 in Chicago. He said, “I was so nervous when I picked up my badge. I thought everyone was staring at the guy in the room. Nobody was, but we all get into our heads from time to time. So, I did my best to hide and didn’t fully participate in the meeting.” On the flight home, he reflected on the situation and said, “I thought about how I felt being in the minority and how rare that was as a white male. My experience sparked conversations back at the office that were instrumental in shaping a culture of belonging.”

Michael carved a place for himself in the organization by being part of the NY/NJ mentoring program and in 2018 he served as the HBA New York director at large for volunteers and new member engagement. Both roles helped prepare him for his current HBA leadership responsibilities. Another driving force for him to volunteer for the HBA was to demonstrate his commitment to organizations with a purposeful mission as an example to his two daughters (Grady, age 18 and Elle, age 21). Michael said in his new role he is looking for more male leaders to join the HBA conversation. He concluded by saying, “If they are nervous like I was back in 2006, I hope I can be a friendly connection that will help them maximize their HBA experience.” To learn more about Michael, check out his TED Talk titled We Go Where Our Eyes Go. Next month, we will continue to spotlight other men in the HBA community.